Mike Silverman with a nice Lady 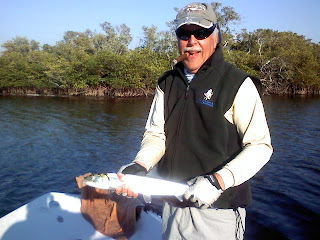 On a cold day with not much going on a few big ladyfish on a 6 weight is a lot of fun.  Caught on the new BVK from TFO Fly Rods

Fishing in Naples and Marco is getting Awesome! 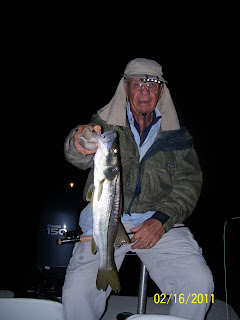 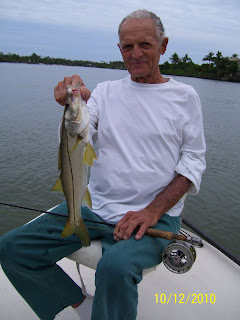 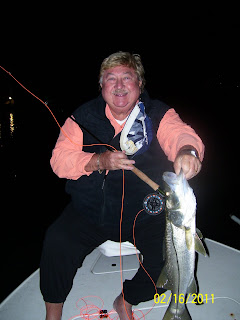 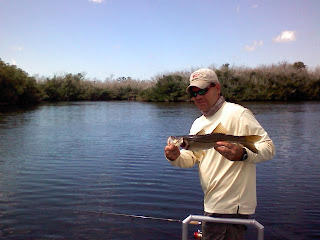 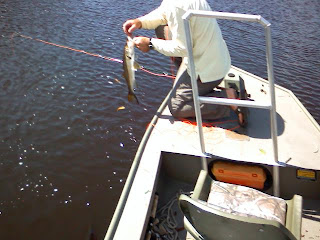 February, What can I say, a far cry from last February weather.  What a beautiful month it has been.  This is why we live and fish in Naples Florida.  Fishing wise has seen some ups and downs though most were up’s this month.  Lower than normal tides were making it tough for the big flats boats to get to the fish, but with my tunnel boat I was able to fish areas that no one was able to even look at for hours.  Big Tarpon started to show up in there usual places the bays near deep water.  They have been a little tricky to feed flies to but we had a few in the air last month and believe they will be even better next month.  Yesterday was the first day the little ones started rolling in earnest and we jumped two in the 20lb. range.  Anyhow I am not going to make this report long too much to write about.  Lets just say if you missed the Start of good fishing in February you need to get in gear in March.

March fishing this year might be the best we have seen in many years.  The fish are just on fire.  If you are looking for a meal the Pompano are invading the passes along with some trout and mackerel.  The Snapper are starting to show on the near shore reefs and slowly making there way into the Passes.  Still cannot keep Snook but man have they been hungry and getting even more hungry.  I just do not know where I want to fish for them on a daily basis.  I am catching fish from the beaches to the passes to the Bays to the Creeks.  That doesn’t even cover the night fishing which on fly has been just, well words just cannot describe it.  AWESOME!!!  Anyhow, fishing this year looks to be very good.  Including Bass and Peacocks in the Canals.  Fishing the lakes in the glades the other day we had a slam in the first hour with a 28 inch Red and 25 inch Snook and a 12 pound Tarpon.  Wow I love it.  Bass fishing in the Glades has been excellent also, The canals along 75 have been producing near 100 fish days.  I would expect this to continue and get better this month and into next month even better.  All the fishing this month barring any late season fronts and high winds should be excellent.  Go on get out and fish the time is right on all fronts.  Roan z.

Posted by Captain Roan zumFelde at 10:49 AM