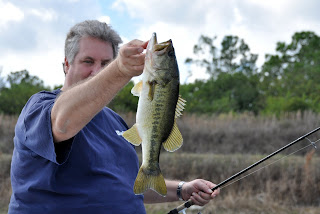 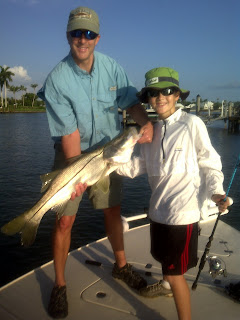 Fishing at the end of September was wonderful.  Few boats and lots of fish to catch.  Weather was a little moist but in between the rain drops the fishing was fabulous.  I would expect continued good fishing through October and into November.

Snook, Tarpon, and Redfish  should be plentiful from the passes into the deepest regions of out back country.  Red fishing especially in the bays and along Oyster points nearer to the outside passes should be spectacular,  We have seen much greater numbers of redfish this year since the Snook die off a year ago.  I would expect to have a banner Redfish year this fall with large schools sticking around longer than they used too.  Snook fishing around Naples and Marco is still awesome.  Large numbers of small Snook and some larger ones thrown in for good measure.  The Snook fishing to our south and North a little bit worse.  Still trouble for the fish to our south and to the north.  Catching Snook South of marco and through the Glades is not impossible you have to work hard for what you get.  We will have to see this Fall how many fish show up in the backs of the bays in the Ten t and the Everglades.  Still many of the fish down there are staying in the offshore waters.  Tarpon  have been in most of the passes along with the other species that move in this time of the year.  Big fish on the outside and smaller fish in the backcountry creeks.  Although we boated a 50 lb. fish in the back of a creek this morning.  I would expect the fish to be here all this month and most likely most of next month as long as the water temps stay up.

This is the time of the year that a lot of species are moving around,  You will get the fall migrations of fish like Mackerel and Ladyfish.  The Cobia and Kingfish will be showing too.  Sometime near the end of the month into November we will have out three week run of False Albacore.  Great fighter and they will be as close as 100 to 200 yards off our beaches.  Look for the large flocks of birds and mackerel and the Albies should be there.

If freshwater is your game then you need to start fishing, as the water cools the bass in the Glades canals will be hitting with reckless abandon to feed up before the temps cool down.  Top waters should be the ticket.  Good luck and Good fishing  Roan z.