April and may Fishing is Awesome in Naples and Marco 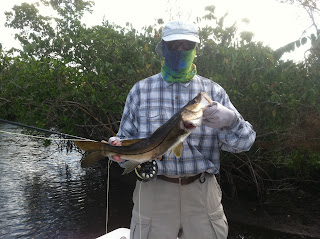 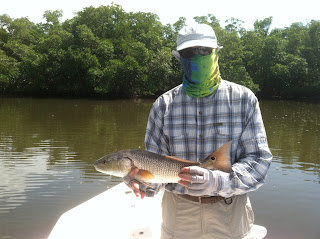 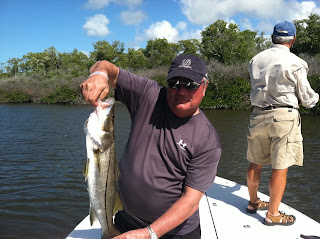 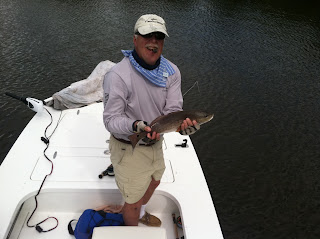 April Fishing has been pretty darn good.  You can pretty much name the fish and we are catching them somewhere.  Catches this month have included Tarpon, Snook, Redfish, Large Trout,  among a host of other species.  Not every day has it been fantastic but most days have been very good.  Large Tarpon have been in there haunts in Rookery, and Johnson, some small tarpon are showing in the creeks, not in large numbers but enough for some good shots.  Snook have been scattered from the outside beaches to the inside creeks.  I cannot tell you where they have been fishing the best because one area has not been shinning over the other, both have been good.  Some Large ones have started showing up around the end of Keeywaydin also.  Redfish have been in good numbers on the flats fishing on a low rising tide for the fly fisherman have been the ticket finding quite a few tailers.  One fish of note last week was a whopper 35 inch fish caught on fly.  Great fish for our waters.  Great job Chris O’Neil did on her.  The passes are holding good numbers of Snook but it is an early and late evening game.  You have a 30 or 40 minute window either way but there are some big ones out there.  The migratory Tarpon are starting to show on the beaches also, they are hit and miss so you might find them if you run the beach or you might not, but when you do find them there are some pretty big numbers traveling North.  Bass fishing in the glades has been good except for today, not sure what happened but the fish just weren’t hitting.  Saw lots of fish laying in the right areas but they just would not hit a fly.  Tried a little bit of every flavor but nothing turned them on.  Even  the bluegills and warmouth were slow to hit.  But we are back at them tomorrow.

The fishing in May should be excellent this year as warm as it is it will probably be even better than June.  I would expect a Tarpon Bonanza in May along with Snookapalooza.  They should be everywhere you go.  Beaches, Bays, and Creeks will be teeming with fish in May.  Don’t miss the festivities anglers.  Thanks Good Fishing Roan z.